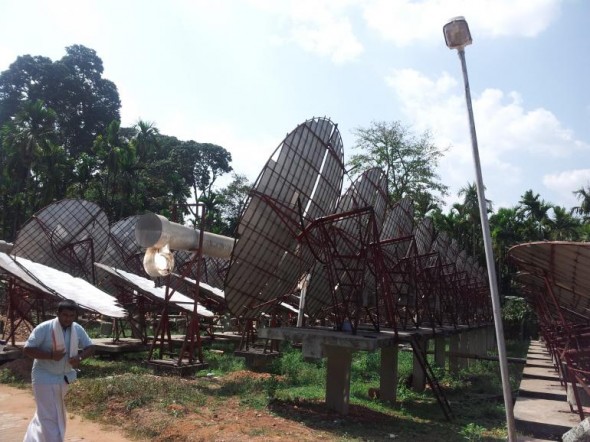 The Indian desert region of Rajasthan is known to enjoy a substantial amount of time in the sun. This also makes this Indian state a great place to make use of the sun to its fullest, to generate electricity. The government seems to have realized the true potential of this bright sunshine and has decided to develop the world’s largest solar power plant! Known as the “Ultra-Mega Green Solar Power Project,” this power plant will have a total power generation capacity of 4,000 megawatts, more than a double of India’s current total solar power generation capacity.

The project will be located about 47 miles away from Jaipur, Rajasthan’s capital city, and will cover an area of 23,000 acres of land. Five state-run utilities, including BHEL, Power Grid Corporation of India and Solar Energy Corporation of India, have joined hands on this project, the first phase of which will be completed in the next three years.