World’s biggest solar power plant in California could reduce as much carbon emissions as by 90,000 cars 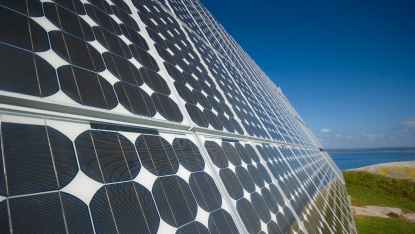 California’s largest utility company- Pacific Gas and Electric has signed deals to build the world’s two biggest solar plants that would supply electricity to 250,000 homes and reestablish the United States as the global leader in solar power, officials said Friday. Pacific Gas and Electric will use the two massive solar facilities to help it meet state requirements to generate 20 percent of its electricity from renewable sources by 2010. PG&E has signed contracts with two Silicon Valley firms, Optisolar and SunPower, to build the plants in the sunny central California coast city of San Luis Obispo, which is almost equidistant from the state’s two population centers San Francisco and Los Angeles. Optisolar will build a 550-megawatt solar farm using thin-film photovoltaic panels, while SunPower will build another 250-megawatt plant on former farm land, PG&E said, adding that the OptiSolar plant alone could reduce as much carbon emissions as by 90,000 cars. 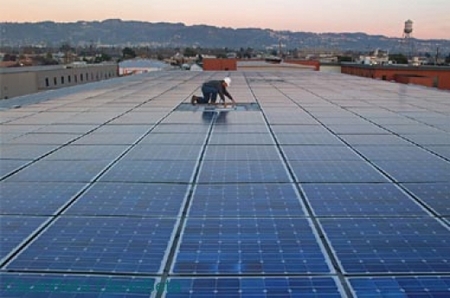 Energy sector officials said that the new project is so large that it would double the entire installed base of solar power generation in the United States. The world’s largest solar facility is currently in Spain with a23-megawatt generation capacity, while a 154-megawatt station is under construction in Australia.