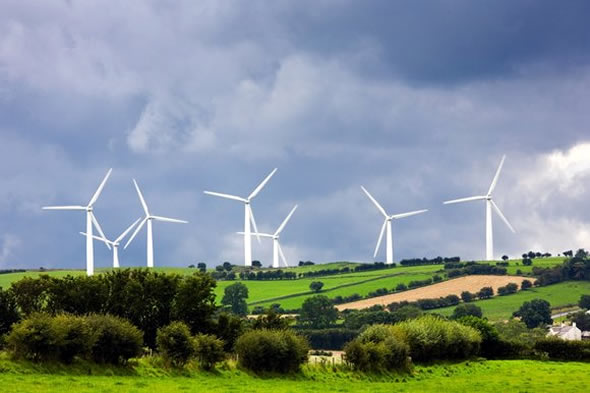 Alex Salmond’s SNP may have lost the independence referendum, but the drive remains to put the country on the path of becoming the “Saudi Arabia of renewables”. There has been much talk about the impact Mr. Salmond’s seeming infatuation with wind farms will have on the Scottish public. So the question is: what does the future hold for wind energy in Scotland?

Green Power Generation in Scotland
A great number of wind farms in the United Kingdom are located in Scotland. There were 195 wind farms as at August 2013, according to the Express, with about 293 more on the way. Official figures reveal that more than half of the total wind turbines in the UK are located within the Scottish border – 2,315 turbines out of the total 4,350 in the UK. Apart from those already in place, more than 400 turbines are also said to be under construction and, as revealed by Renewable UK, another 1,163 have also been granted planning permission north of the Border. The target, as disclosed by Mr. Salmon, is to make Scotland completely reliant on renewable sources for its electricity needs by 2020.

The number of wind farms has not gone down well with the Scottish Tories, who have highlighted the danger of the Scottish countryside being “swamped” by these turbines. For example, according to this report on Randstad, “formal consent has been granted this week for two new wind farms to be constructed in the outer Moray Firth in Scotland, which will together make up the third largest offshore wind farm in the world”. There has also been opposition from some members of the public. Mr. Salmond’s drive for wind farms is said to have led to the felling of over five million trees, somewhat reducing the natural appeal of Scotland to some people.

The Development Pipeline & Independence
The environment was largely overlooked as an issue in the Scottish referendum debate, playing second fidle to the economy. Nevertheless, independence would have had a significant impact on the country’s renewable project pipeline.

Of the over £600 million in public subsidies said to have been spent on renewable power sources in 2013, more than 90% came from the rest of the UK in electricity bills, according to the Express.

Ed Davey, the UK Energy Secretary, also warned Scottish households to be braced for higher energy bills after independence. He said bills could go up by as much as £189 per household a year due to loss of subsidies, as reported by the Telegraph. The amount of increase does not already include “constraint” payments made to wind farm companies. The additional wind farm rollout would have driven up energy bills even further.

Post Independence
Considering the Scottish electorate returned a resounding no vote, the uncertainty around what will happen in terms of legislation and subsidies has largely been addressed. However, that doesn’t mean there will be no change. Powers are to be devolved from Westminster to Scotland, and it remains to be seen if the power to govern renewable subsidies will be one of them.