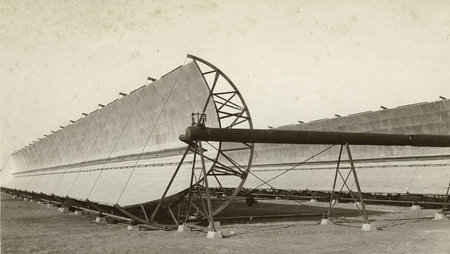 Most of us are harping about the solar power and its advantages in today’s day and age. Do you think the current generation is brighter (than their ancestors) as they are resorting to the sun’s energy for powering up almost everything under the sun? Nah! it is reported that almost 150 years ago, in1861 Auguste Mouchout developed the first steam engine powered entirely by the solar energy. And about a centaury ago, in 1913, European scientist experimented on the first solar power plant in the world in Maadi, Egypt. It was in operation for less than a year but has disappeared from history since then. At present, sand and houses cover the former location in Maadi, south of Cairo.

Though not much is known about this ancient green plant, two Swiss artists Christina Hemauer and Roman Keller are hell bent on digging out more about this out-of-sight historic green shrine. 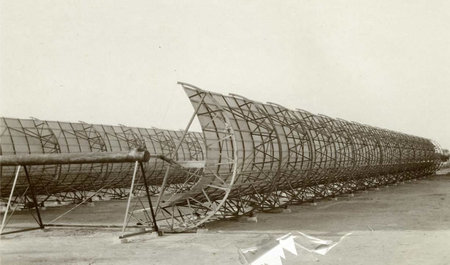