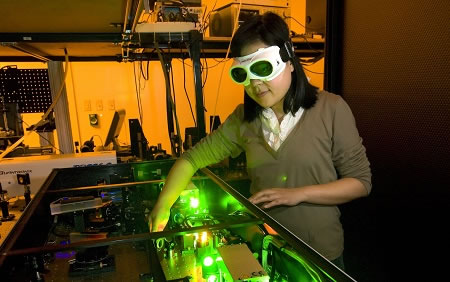 Finally the gas-guzzlers can do a bit of good with all that coming out of their tail-pipes. Yep! Emissions could just help create some energy! Now we all know how hot a tail-pipe can get, that’s if you aren’t driving a Prius. Researchers at the Purdue University have just figured that out and are busy drawing up ways to utilize the heat from tail-pipes to convert it into energy. A three-year project in collaboration with General Motors has been set up while the National Science Foundation and the U.S. Department of Energy are funding the initiative with $1.4 million. The plan is to develop a prototype thermoelectric generator (TEG) to charge batteries that will power a car’s electrical systems and help with fuel economy too.

Using the thermoelectric effect, temperature gradients in metals creating current, as its basis, this project sure seems to be a promising way to utilize tail-pipe heat.
[EarthTechling]