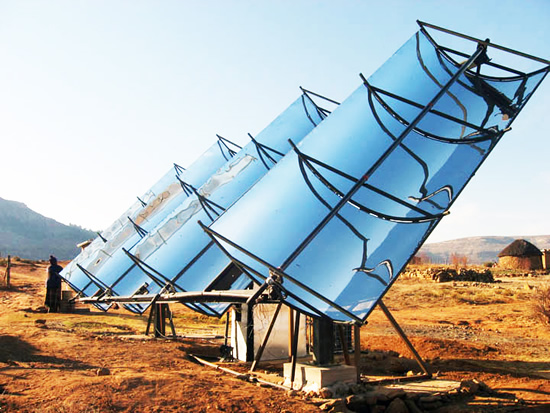 Electricity isn’t really an energy source that can be yet be taken for granted in certain isolated parts of Africa where more often than not, a regular supply is considered a luxury. STG International, an MIT non-profit has come up with a feasible way to power up clinics and schools in such parts of Africa using alternative energy sources instead of complete grid reliance. Using a new hybrid power and heat solar system that’s capable of providing electricity, hot water and space heating, STG International is currently drawing plans to set up five such units in Africa. With MIT graduate PHDs Matthew Orosz and Amy Mueller leading the way, these units will be tested for viability and will use ORC Engine instead of solar electric panels. Capable of providing up to 18-24kW-hr of energy and 200-300 gallons of hot water daily, this system could prove to be a boon for rural development, not just in Africa but also other far-flung areas disconnected from the grid around the globe.