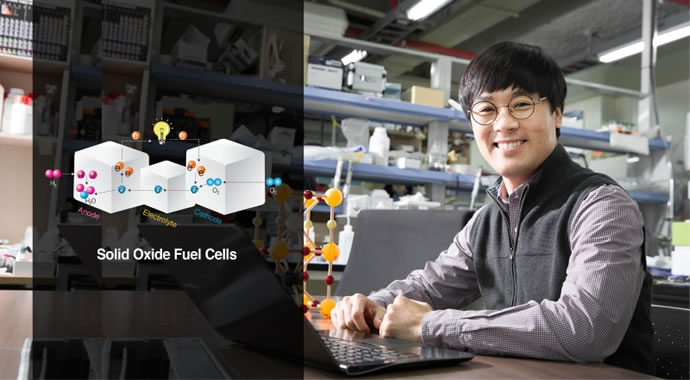 A group of South Korean researchers on Tuesday said they have developed a simple and efficient process to make clean energy from carbon dioxide (CO2), which is cited as a major cause of global warming. 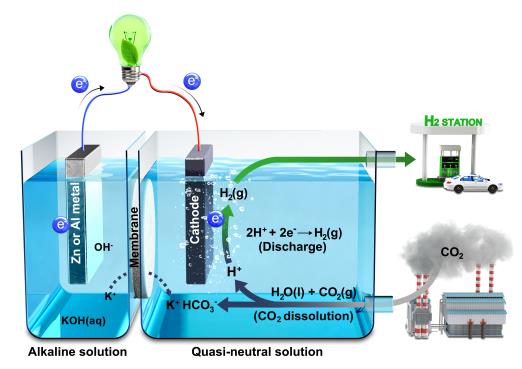 Research teams in South Korea led by Professor Kim Gun-tae from Ulsan National Institute of Science and Technology (UNIST) have developed a simple and efficient process to make clean energy from carbon dioxide (CO2), which is cited as a major cause of global warming. The system uses plain water, catalysts made from reusable and cheap zinc or aluminum, an easy to make membrane, and CO2 dissolved in water can produce electricity, pure hydrogen (H2) and even baking soda. A s per Mr. Kim Gun-tae, the chemical and electrochemical reactions in this new system are not complicated at all and the entire process can easily be expanded for commercial applications.

With the new method, a ton of waste CO2 can be transformed into US$200 worth of usable resources without environmental fallout. According to Mr. Kim, CO2 created by peoples breathing, from the burning of fossil fuel and by industries is a stable gas that is hard to change, but if it is dissolved in water, it can be made into something else. Without going into detail, the UNIST scientist said large local chemical companies and steel mills have shown considerable interest, as the process can deal with the large quantities of CO2 created in their manufacturing processes.

Companies have to pay taxes for CO2 they create and release into the atmosphere. With full-fledged support, the CO2 conversion process could be operational in about a year. Such a development, moreover, can help South Korea reduce its greenhouse gas emissions and stimulate growth of the capture, utilization and sequestration business sector. Due to its simplicity, the process can make it relatively cheap to build hydrogen charging stations across South Korea, which can be a boon for fuel cell cars.