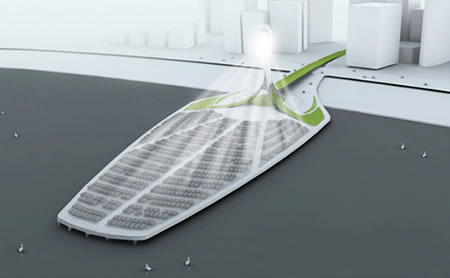 Parking lots have been a very good answer to organized space management all these years. But with the environment almost getting degraded so quickly, it is essential and high time we thought of better ways to generate electricity. With the future looking very bright as far as using electric cars is concerned, though fossil fuels will not be wasted, but a lot of electricity would be while charging and recharging such vehicles. It would be best if such parking lots could generate power from alternate and renewable sources of energy like the sun to be able to power and charge vehicles as well as light up the parking lot at least. ‘Think outside the Parking Box’ is a concept developed by Designboom and Nissan who have designed a unique ‘Solasis Light Tower’ that generates energy using the cars’ windshields to shine sun onto the solar power concentrating tower adding valuable juice to the grid.

Cars are parked in such a adirection that their windshields and hoods face the solar receptor. The unique concept requires the windshield and roof of the car to be made up of a mesh of photovoltaic cells and mirrors. As the cars lie parked, these mirrors activate and track the sun and thereby redirect the light beam to the solar tower thus making the tower generate power form the solar energy it absorbs. This definitely is the future of the world, and is indeed a smart option! 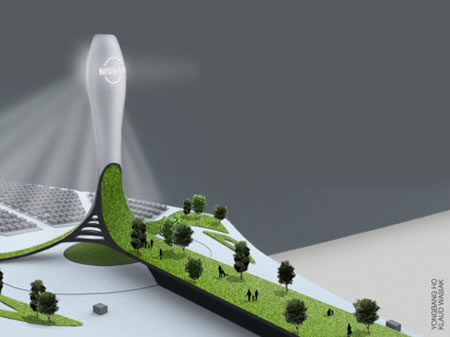