SolaRoad in the Netherlands will generate electricity while cyclists pedal away

We’ve always advocated the use of bicycles, given the fact that these two-wheeled contraptions promise to take you from to your destination without spewing venomous clouds of carbon in the air. To make cycling even more greener than it already is, the Netherlands is welcoming home the world’s first solar cycle path, one that’ll soak in the energy of the sun to generate electricity.

No, riding on this solar cycle path will not seem like riding on a bunch of photovoltaic cells. Instead, the path is made to function like a conventional cycle lane, with a greener edge however. Called the SolaRoad, the path will open to public from the 12th of November and will enable cyclers to ride the 70 meter route away from vehicular traffic. The path’s 2.5m x 3.5m modules will contain 1cm thick tempered glass and will generate energy to power electric cars. 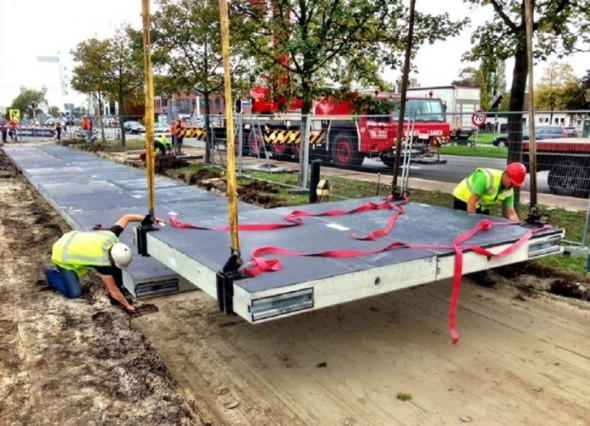 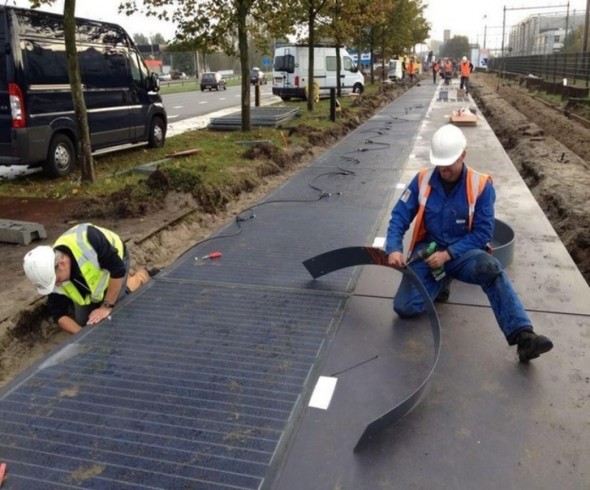