Solar power via Space Solar is out of reach 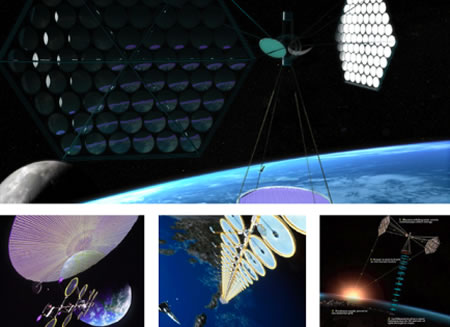 Addressing the need to absorb most of the sun’s energy, Eli Hariton has conceived Space Solar. Thinking out of the box, the designer has realised that the earth’s atmosphere obstructs the penetration of all of the solar rays. And since solar crafts and satellites (almost) run on sun’s energy, why not deploy them to direct the abundance of unhindered solar power to earth? About ten to twenty football field sized solar arrays can be used to generate thousands of kilowatts per hour! This energy will see its way down to every corner of our blue planet via microwaves. And since these satellites are orbiting around the earth, they never stand a chance to be in dark. So earthlings can enjoy the liberty of unlimited solar energy all through the day as well as night.

Simply fit the receiver on every roof which is designed to direct the microwaves into usable energy. Such a gadget can also be used to control the energy distribution. Conceptualized with avant-garde features, it sports a touch-screen OLED display which is covered by sliding arms.
Ah, but such a concept may take many decades and excessive funds to materialize! 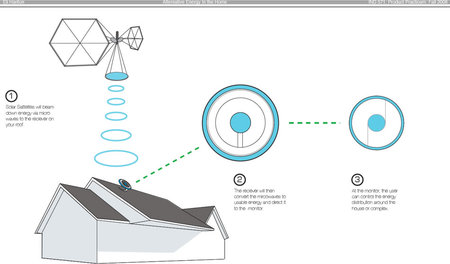