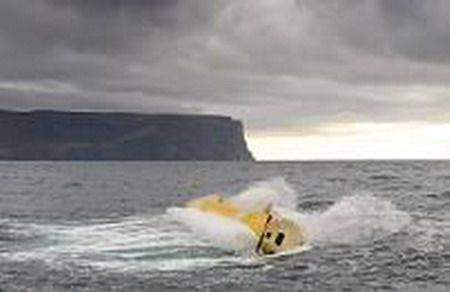 Oyster Energy Generator, the world’s largest hydro electric device produces power by pumping high pressure water from the waves into the hydro-electric turbine on the shore and this power is fed into national grid. This device was officially launched in Orkney, Scotland at the European Marine Energy Centre (EMEC) on 20th November. Oyster device will reveal the rare pearl of wisdom about potential of wave energy. Marine energy from tidal waves is another high potential renewable energy with zero emission and can be tapped by countries which have long shorelines.

The device has been developed by Aquamarine power and according to the company it is not only the largest but is also the first of its kind in the entire world. Scotland has plans to add more such Oysters energy generators in the future. It is heartening to see that apart from solar and wind energy other alternatives are being developed and installed.
via Edie