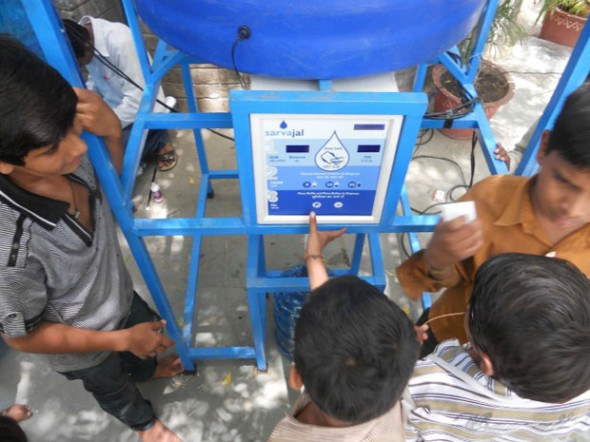 The rural parts of India have recently received a boon, in the form of solar-powered water ATMs that dispense clean and portable water. A franchised network of water ATMs that’s serving 110,000 rural customers has been set up by Anand Shah and his firm, Sarvajal. To use these water ATMs, users simply need to swipe a prepaid smart card at the dispensing machine and collect their ration of clean water!

That’s not all. These water dispensers also leverage the prepaid model of cellphones on the business side, using mobile technology to enable real-time monitoring with the ATMs’ sensors, in turn allowing the Sarvajal organization to keep an eye on the quality of water. Sarvajal began its services by offering clean and potable water to 60,000 people in 2011. The number of users has steadily increased since then, touching 110,000 people in 2013.

[Via – Spectrum and Smartplanet]