Powered by wind, new port being built at New Jersey 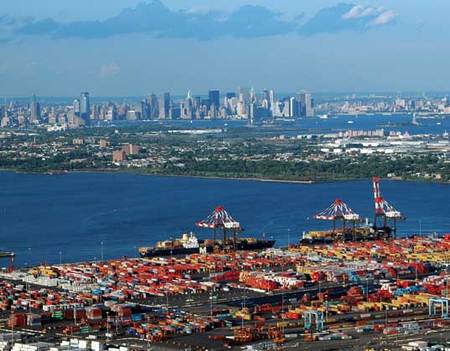 New Jersey is going a shade greener, this time with an all green port. A new container port is being built in Bayonne, New Jersey. Being constructed together by the Port Authority of New York and New Jersey, the port will consume energy equivalent to that used to power up 2,000 homes! But fear not! Put your skin back on, the wind will do the work of powering up this port, without exhausting the grid. The port is currently being chiseled out, and the wind turbines will follow suit. Five 288 foot tall turbines will be built on a 70 acre area just east of the Global Terminal. The port will play host to huge cargo ships increasing the cargo intake above its current 323,000 containers annually. After all, there isn’t a better way to power up a port than the wind itself, earlier responsible for powering up old sail-boats too.
Source