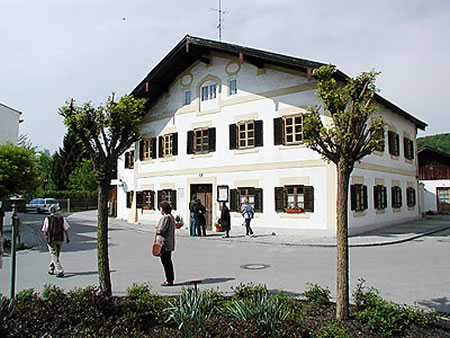 Recently the Pope made the world stop and think in awe when he held a green service under the solar roof of Paul VI Hall. The ‘green pope’ he is lovingly called these days didn’t end just there. He has allowed workmen near his home in Bavaria to install some 580 square feet of photovoltaic solar panels on the house’s rooftop. The panels should generate about 5,800 kilowatt hours of energy a year, which corresponds to saving 11 barrels of petroleum. The project will produce income, which may amount to $3,500 a year, by providing the German electricity grid with energy and the money will go to an association that offers skills and job training to disadvantaged youths.

The pope however had made it clear that no church funds were to be used and so local workers donated the panels and students at the trade school were to install the panels over a few days ending today. Also, mid September the pope is expected to meet with race-car drivers participating in an “eco-rally” spanning 248-miles. The drivers will be racing 20 cars that run on so-called clean energy, such as methane or liquefied petroleum gas. Some of the cars will be flexible-fuel vehicles in which engines can run on a number of alternative fuels and some will be electric-powered vehicles. Cars utilizing only electricity will race over a shorter distance and the drivers are expected to finish outside the Vatican property of the papal summer residence in Castel Gandolfo, south of Rome, and then meet the pope as well as participate in the noontime Sunday Angelus prayer in the courtyard of the papal residence. So much fun! For the drivers I mean.
[Catholicnews]