Plans confirmed for Macarthur Windfarm, the largest in the southern hemisphere 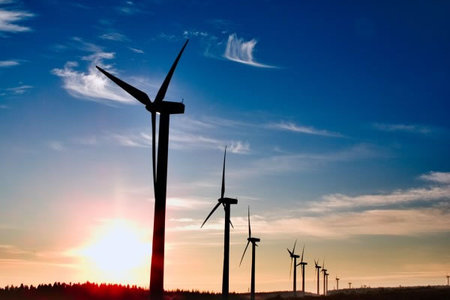 Just a while ago, we mentioned the Macarthur Windfarm. The deal has been inked and finalized now! The largest wind farm below the equator, in the southern hemisphere, will now sprout up near Hamilton, 260km west of Melbourne, with Australian firm AGL Energy and New Zealand-based renewable energy developer Meridian Energy, joining hands to build a 420MW power plant. The wind farm, costing $1bn, will be completed somewhere near 2013. Using as many as 140 Vestas turbines, the wind farm will easily power up at least 220,000 homes. This will help do away with as much as 1.7 million tons of greenhouse gases annually, the equivalent of pulling off 420,000 cars off the road approximately.

Leighton Contractors has been awarded a $290m contract for the engineering, including procurement and construction work, while a target to construct at least 20 per cent by 2020, around 9,500MW of new renewable generation capacity by this decade, has been set. Three cheers for the largest wind farm in the down south!
[BusinessGreen]