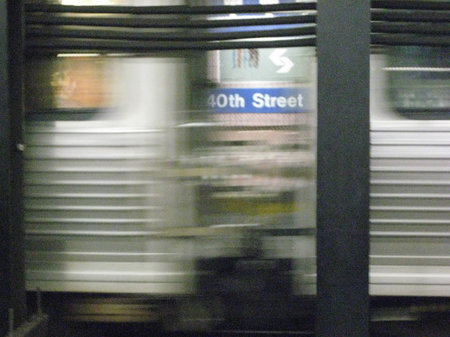 Subway cars on the Philadelphia subway will do a lot more than just give you those dreadful jerks every time they brake. The energy generated from breaking of these subway cars will now be stored in a high capacity battery, which will be stored and used. The system will be put into place by Viridity Energy which was awarded a grant of a whopping $900,000 by the Pennsylvania Energy Development Authority. The battery will be located near the Market-Frankford Line and the energy stored will be used to power up the trains leaving the station. Surplus will be sold back to the grid for a price. The battery will have a capacity of 1 megawatt and 1.5MW and the Southeastern Pennsylvania Transportation Authority (SEPTA hopes to save up on at least $500,000 a year.

The energy generated can be sold by SEPTA to the grid for energy bursts at peak times, which will bring in a load of funds too. Who knew a subway car slowing down could do so much!
[Cnet]