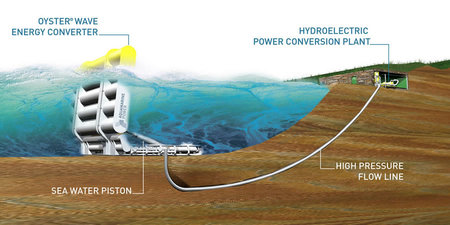 The Queen’s University and Aquamarine Power Limited in Belfast have come up with a new idea to generate power. It is called an Oscillating Wave Surge Converter placed offshore, 10-12 meters deep. When it is moved by waves, the device’s double acting pistons push seawater to the shore through high pressure flow lines. This is then converted to power using hydroelectric generators. The company can generate between 300 and 600 kW of power depending on the unit’s location and configuration.

The Oyster wave energy converter’s first prototype is planned to be deployed off the coast of Orkney this summer and that will check if high tides and abnormal weather patterns can be transformed into power. The rest remains to be seen. 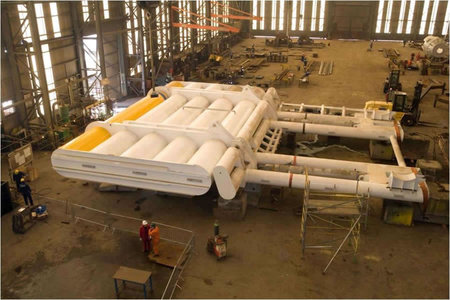