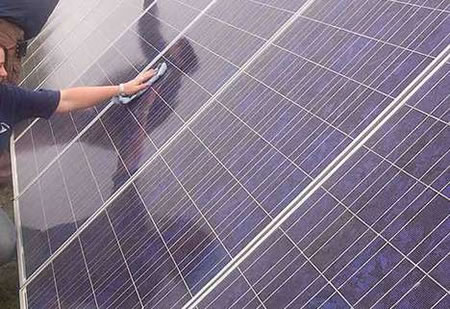 Landfills aren’t completely going to the dumps after all. Some of them are being used to generate some substantial amounts of renewable energy too. The town of Canton in Massachusetts recently joined hands with Southern Sky Renewable Energy and will set up a colossal solar array. The site chosen for the project is a retired landfill, 25 years out of service that will soon play home to New England’s largest solar power plant. The project will include the installation of 24,000 solar panels that are expected to generate 5.6 megawatts of power and produce 70 million dollars in revenue and savings in the future.

It’s nice to see a little town like Canton making a place for itself on the green map with an initiative like this. Hopefully, the move works as an inspiration for others, using wasteland for constructive purposes like renewable-energy power plants.
[Trendhunter]