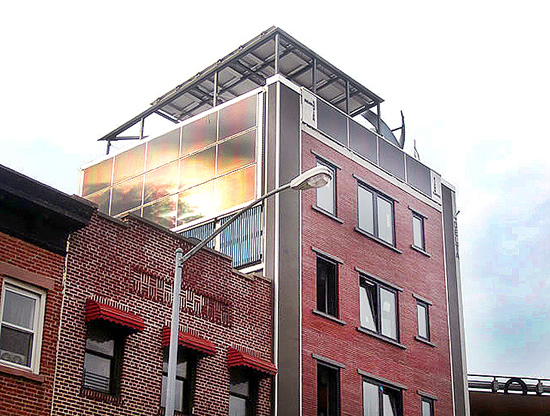 New York City can add a big green feather to its cap as it can soon boast of a self-powered residential building. On 18th, Voltaic Solaire will unveil the first private building in New York City which will be powered by solar and wind energy only. Dubbed Delta, it is inspired by Mayor Bloomberg’s PlaNYC goal of reducing New York’s carbon emissions by 30 percent by 2030. With such green steps, we can certainly hope for a clean NYC in the future. Constructed using eco-friendly and recycled materials, the Delta also houses one grand triplex apartment, a studio residence, as well as a retail or restaurant storefront.

Inhabitat reports about Delta’s green features in details – “The Delta’s solar roof is mounted atop the building like a trellis, giving residents a shaded roof deck below. A solar skin, solar awning, and panels combined yield a capacity of 10.3 KW. Additionally, the Delta’s solar thermal system creates 140,000 BTUs. To harness wind power, the roof is outfitted with a vertical axis wind turbine that generates 600W of power almost soundlessly. Each of these components work together and send power back to the grid, making enough energy for the building to power itself and then some.” 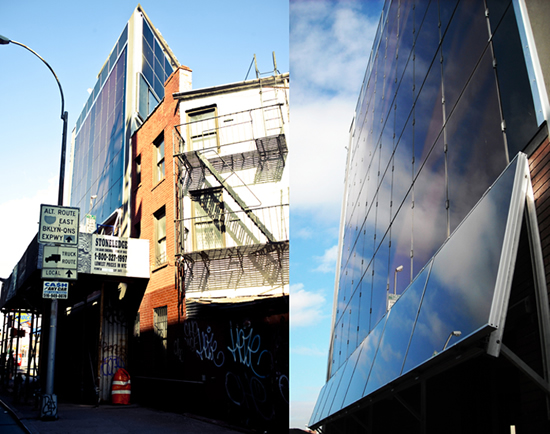 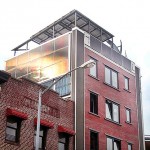 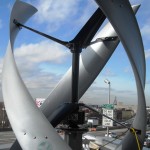 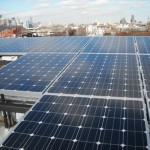 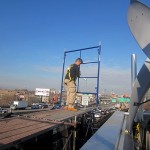 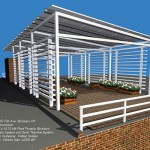 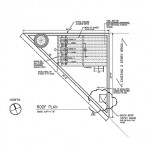 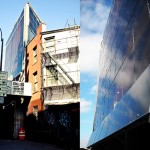