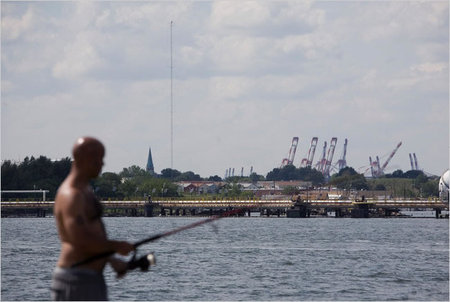 The Big Apple will have a lot more in its skyline than just towering stacks of concrete and bricks. The New York City will now play host to green energy, in the form of wind turbines, if all goes as planned. The Port Authority of New York and New Jersey is looking forward to setting up five 280 feet tall wind towers that will operate on the west side of New York Harbor. That’s not all. A few wind turbines will tower up in the City of Bayonne, N.J. that will be used to power a sewage-pumping station, while the Department of Veterans Affairs is considering placing wind turbines on or near its hospitals in Manhattan and Brooklyn. Currently, the Big Apple isn’t really using the power of the wind to the fullest, besides a wind powered Coke billboard and a building with wind turbines.

The wind sure blows the right way in New York though, and if all goes as planned, the city will soon have a load of renewable energy to its disposal.
[NYTimes]