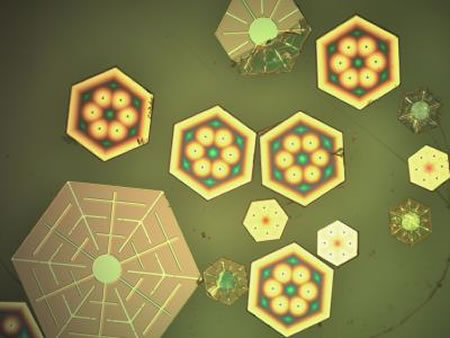 Solar photovoltaic cells that are thinner than human hair sounds incredible, doesn’t it? That’s exactly what Sandia National Laboratories scientists have been developing recently. Made out of crystalline silicon and fabricated using microelectronic and microelectromechanical systems (MEMS) techniques, these photovoltaic cells are expected to be cheaper and more efficient than the ones available now. They measure around 14 to 20 micrometers thick and 0.25 to 1 millimeter across. These solar cells are anticipated to be mass produced in the future and can be wrapped around unusual shapes like clothes, which will enable people to charge the cells as they walk about.

According to Sandia’s field engineer Vipin Gupta, photovoltaic modules could have inverters, intelligent controls and storage built in at chip level. The best part of this new development is a reduction in installation and manufacturing costs. These awesome little innovations when developed fully and available in the market will change the way we use the energy from the sun!
[Physorg]