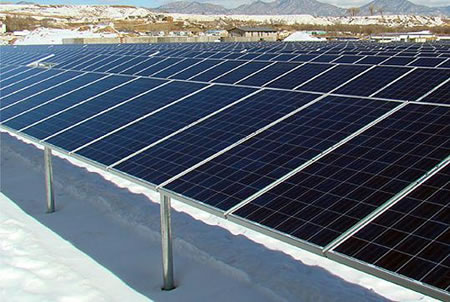 A $4 million in a federal stimulus grant will enable Wanxiang America Corporation to sprout up the largest solar field in the Midwest, Illinois. In a joint venture known as Rockford Solar Partners with New Generation Power, a renewable energy developer based in Chicago, the field being built will at first generate around 28 megawatts of power in early stages. Once finished, it will generate a whopping 62 megawatts, saving up to 40 million gallons of water annually and reducing carbon emissions by a sweet 10,000 tons annually or more each year. Wanxiang will source the solar panels to be used for this one from its Rockford Plant.
(Image For Representational Purpose Only)

That’s not all. The governor also has shown strong support towards solar power use, signing two bills to encourage the same. We eagerly await the opening of this solar-juice-guzzler.
[CivSourceOnline]