Kites generating 1MW of energy being developed by Makani Power 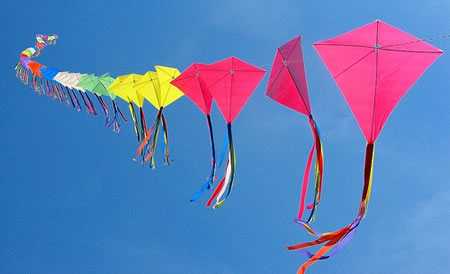 Kites producing energy seems pretty unheard off. And that too a whole 1MW of it! Well, that’s exactly what wind power company, Makani Power are looking forward to. Based in California, the firm is developing prototypes of its energy harvesting kite, which when sent up in the skies, will soak in energy that will be used to generate electricity. Raising $20m (£13.7m), the firm will use large-wing kites that will float through the air at high altitudes and will harvest much more energy than the usual wind turbine.

Conventional turbines, owning to shorter heights, cannot harvest winds speeds at higher altitudes, unlike these kites. Higher altitude winds blow at much higher speeds, which will help produce higher amounts of kinetic energy. The firm hopes these kites will harvest energy from altitudes of up to 600m. And that’s not all. These kites will be flown by robots, ensuring longer periods in the air. The first of these kites will be up and running in 18 months, during which it will be tested. Three cheers for these energy generating kites!
[BusinessGreen]