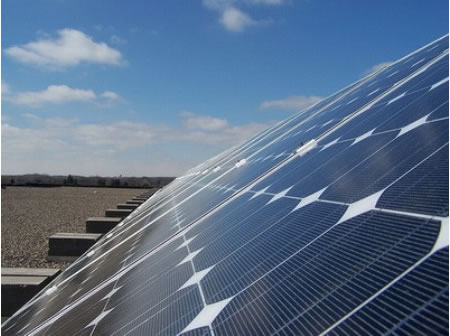 No one knows lighting like the Italians, its no wonder that the best chandeliers are from Italy. The countries energy requirements are rising, like the rest of the world, but it hasn’t been able to get on the solar power bandwagon yet. The hindrance has so far been the confusion over prices and maintenance cost involved. However the mayor in a small town in Milan has managed to light up a cemetery with a photovoltaic plant composed of 18 solar panels, providing the cemetery with free lighting and saving 20% on the billing cost. Enel SpA, Italy’s largest utility, and Sharp Corp., a leader in solar power technologies have joined hands to set up joint solar power generation plants in Italy, which are expected to have an output capacity of more than 160 megawatts by the end of 2011 and supply 81.500 Italian families with energy.

The goal is to have a distribution network of solar energy along the whole Italian territory. The factory for the production of panels would be set in a coastal site in order to facilitate a connection with other European countries. Looks like most of Europe could be set for alternative power generation, and further facilitate the mass adoption of this technology.
Source