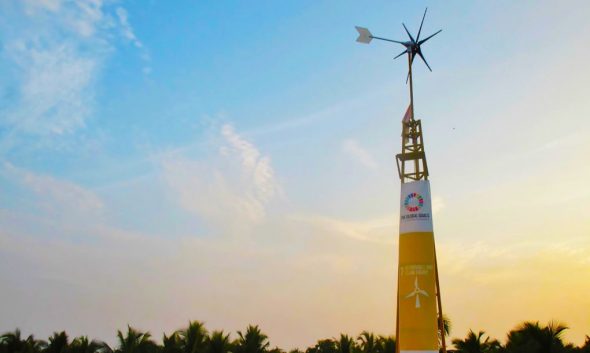 
The George brothers mention on their website that almost a billion people across the globe are power deprived. Reports say that this wind turbine they have developed has the capacity to generate about one-three kilowatt hours of power every day, which is sufficient energy to power a house. Arun said in a video, “Whatever power they produce, for the rest of the lifetime of the wind turbine, which is around 20 years, will be free electricity.”

The innovative wind turbine has already won international acclaim. For the Global Cleantech Innovation Programme, it is listed as one of the Top 20 Cleantech Innovations of India. This prestigious programme is organized jointly by the Government of India and the UN Industrial Development Organization, Cleantech Open USA, Global Environment Facility. The inventive, environment-loving Indian start-up has also been included by the UN in their USD 1 Billion Clean Energy Investment Opportunity Directory, released at COP21.

This apart, in 2016, Avant Garde Innovations also happened to be the only clean energy firm of Indian origin to obtain an invite to Silicon Valley’s 7th Clean Energy Ministerial. Here, the honor of being named as one of the Top 100 Global Startups in Kazakhstan’s NEWENERGY Global Startup Fest was bestowed upon the company.