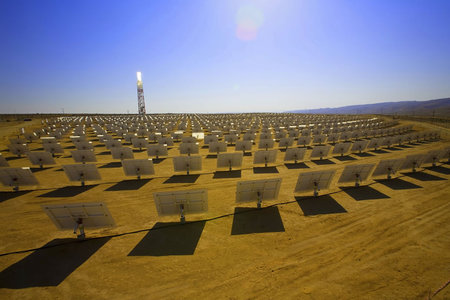 Search-engine giants Google, has brought us some pretty green tidings recently. The company has invested a whopping $168 million in a sparkling new solar energy power plant, which is to be the biggest in the world, being developed by BrightSource Energy. To be developed far off in the Mojave Desert in California, a strategic place for a power plant that depends solely on the sun for its energy generation, this plant called the Ivanpah Solar Electric Generating System (ISEGS) will generate 392 gross MW of solar energy and will live for about 25 years. With this, Google has invested a total of $250 million in clean energy alone, a staggering amount indeed. The plant will make use of Power Towers, essentially structures with solar receivers on which energy is beamed and concentrated upon by mirrors.

It seems like Google certainly wants to make a difference and help the human-race with a lot more than quick internet searches!
[Googleblog]