GE to construct largest solar plant in US 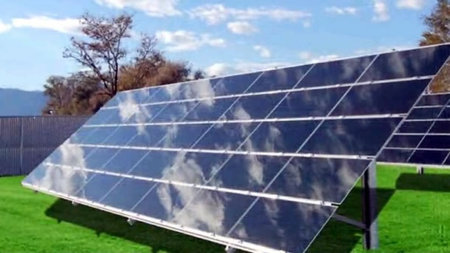 The United States will play home to a factory dedicated to manufacturing thin-film solar cells by General Electric not too far off into the future. With a conversion efficiency of 12.8%, these cells were developed by Prime Star in a cooperative research program with the Department of Energy’s National Centre for Photovoltaics. The cells will be manufactured using cadmium telluride and are cheaper to manufacture then silicon made cells that have higher efficiencies.

A development that will give solar technology an impetus, the factory being set up by GE will make photovoltaics more accessible to the people of the United States.
[Cnet]