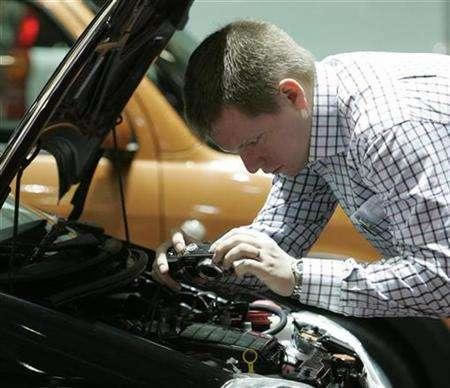 Fuel cells are an expensive green alternative to the internal combustion machines for the auto-industry. Though they can produce water and electricity from hydrogen and oxygen, it’s the essential presence of platinum that makes them unaffordable for mass production. Playing the role of a catalyst, platinum has so far been the metal of choice because of its ability to create acidic environment and non-corrosive nature. To defeat this precious metal’s reign, Lin Zhuang’s team at Wuhan University, China, has come up with a new alkali (non-acidic) nickel membrane that serves as a much cheaper catalyst.

A working prototype of the new low-cost fuel cell shows a “decent” performance of 50 milliwatts per square centimeter at 60 °C. “The power output is still lower than that of fuel cells using platinum, but such a comparison may not be appropriate because platinum fuel cells have been studied and optimized for decades,” Zhuang says.
Source