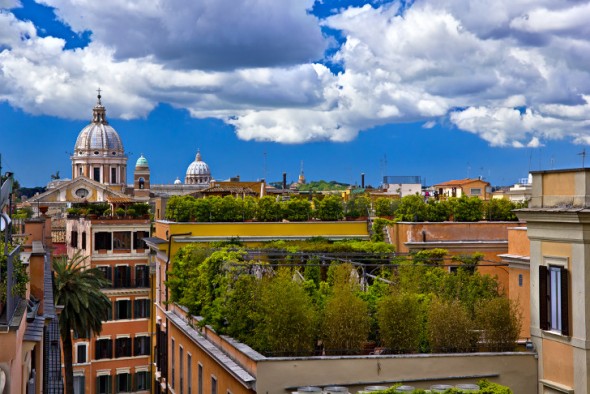 In an effort to increase its energy-efficiency quotient, France has just passed a law that requires every new building constructed in a commercial area to either sport solar panels or a green roof! A move like this will help the nation boost its solar energy production, while decreasing its complete reliance on polluting energy sources. France has been left behind in green energy generation and this law will also help change skylines and make the country environment friendly!

While the advantages of having solar panels are countless, green roofs will help absorb rainwater and reduce runoff. Apart from this, they’ll also add a dash of green to otherwise concretized areas. An increase in greenery pulls down temperatures too, and will play a significant role in reducing urban “heat island” effect. Good move France! We’d like to see more countries around the globe introduce laws like these!