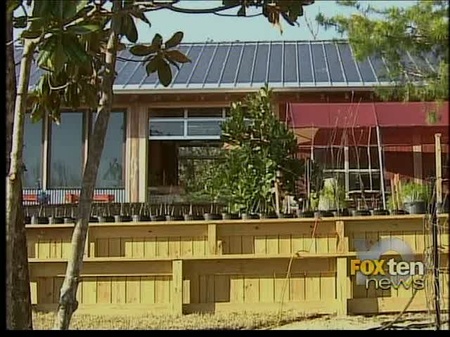 Ray Davis, a farmer based in Milton, Florida, has built a solar powered farm to generate energy for his farm and house. For this purpose, the roofs of his two barns are lined with solar panels which not only generate enough energy to power his farm and house but also provide excess energy which is sold back to the power company. Energy is also stored in 16 large Batteries to be used when sunlight is not available. The farm also has a water retention system which saves rainwater. This water then goes downhill irrigating the crops alongside and after reaching the bottom it is pumped back up to be used in the water hose. Davis’s initial investment of $100,000 to implement this project is expected to be returned in a few years, after which, believe it or not, he will profit by selling the excess energy back to the grid.

Davis only pays $15 every month to the electric company, as a fee for the special power meter. This green project is an example of the fact that nature itself provides us with enough resources to sustain on.
[fox10tv]