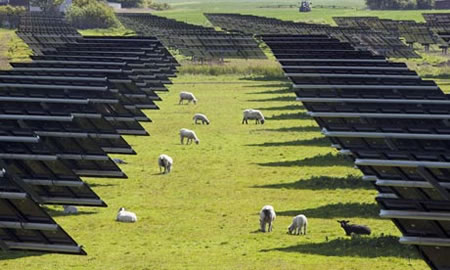 Wind, water, hydro-electric and solar energy from all over Europe will be laced together to form Europe’s first renewable energy grid. Nine countries have put their heads together and have planned to link their renewable energy resources around the North Sea to form this grid. The network is created using under sea cables spanning thousands of kilometers and probably costing around €30bn (£26.5bn). Nine countries, Germany, France, Belgium, the Netherlands, Luxembourg, Denmark, Sweden and Ireland and the UK plan to start working on this project in the next decade and will achieve their aim to produce 20% of Europe’s energy using renewable resources. Off shore wind energy projects that could provide 100GW of power are being developed. According to a study by the Greenpeace organization, this project
could cost around €15bn-€20bn by the year 2025. This super grid will connect wind turbines, solar panels, hydro-electric dams around the North Sea area and will be the first of its kind.

Though a far sighted project, when in use, this power grid will help Europe benefit from any shortages in power supply and reduce pollution caused due to coal power plants used today.
[Guardian]