Europe to get power from solar project in Africa 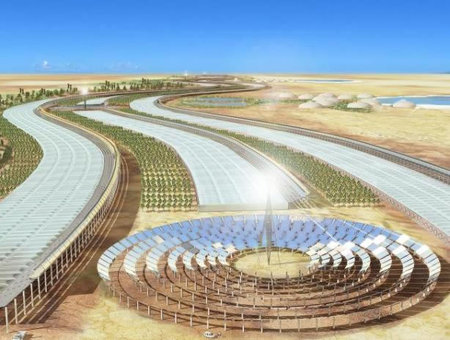 The Suedeutsche Zeitung daily reported that German firms are planning to come together for a vast solar energy project in Africa. The solar project named Desertec, is reported to generate electricity for Europe in the desserts of North Africa. On July 13, over 20 firms are said to form a consortium for this enormous project to attract a 400 Billion Euros investment. This project will place solar power installations is several politically stable countries to fulfill Europe’s electricity needs.

Torsten Jeworek, a board member of insurance giant and consortium head Munich Re. quoted that they are very optimistic about countries like Spain, Italy and North America would be joining them. He also added that the project could satisfy 15% of Europe’s electricity needs. The siemens spokesperoson added that after the project is completed, it could generate 100 gigawatts of electricity, which is equivalent to 100 power plants! Now that’s a lot of power I must say. Hope that more countries opt for this eco-friendly power solution soon.
[RechargeNews]