Environmental report highlights the benefits of going windy in Iowa 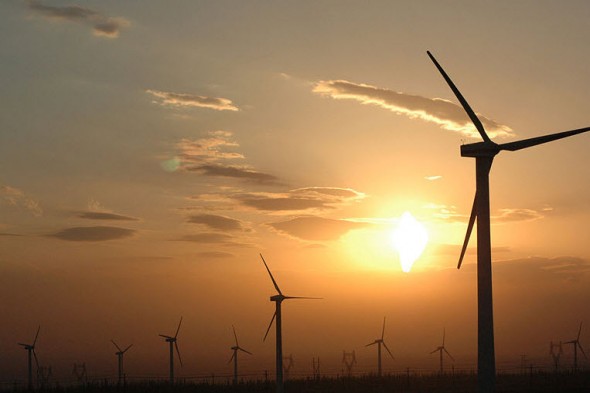 Renewable energy is indeed a fantastic way to reduce carbon emissions, generate energy and add a dash of green to an electricity grid, and the state of Iowa has just proven all of this! Environment Iowa released its most recent report based on the benefits of wind energy use in the state and the numbers these sheets of paper have thrown up are encouraging to say the least. Using wind energy, the state has avoided a whopping 8.4 million metric tons of climate-altering pollution, which is nearly as much as pulling 1.7 million cars of the street.

As per the report, wind energy use in the state of Iowa also keeps out 7,928 tons of smog-causing nitrogen oxides and 9,793 tons of sulfur dioxide from the environment and provides 13.9 million megawatt-hours of electricity to Iowa homes. This report unashamedly highlights the pros of wind power and is something we hope the rest of the world sniffs out soon.