Electricity generated from light energy by the Electree 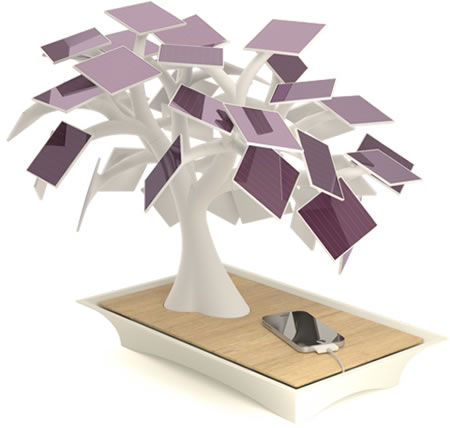 Electricity producing trees are unheard of in our world today. Leave alone a bonsai. Well, the Electree though is somewhat inspired from those little miniature trees. This one produces electricity though, and can power up and charge your mobile phone! The Electree’s little leaves are in fact photovoltaics, which soak in light energy to charge up your mobile phone. Don’t try watering this one though; you might just end up soaking it unnecessarily. The Electree uses 42 cells, equivalent to an entire surface of 2178 cm².

The energy produced using light by the Electree is stored in a battery hidden in its base, which when charged, can be used using a USB port. And yes, don’t take this one out in the open. Unlike its real life counterparts, the Electree loves staying home. And if you’re choosy and love a wider range, the Electree is available in 20 different specimens. Bigger full-scale versions of these trees, probably replicating an orange tree, will be a welcome addition to our city infrastructure, and a great way to produce energy too! 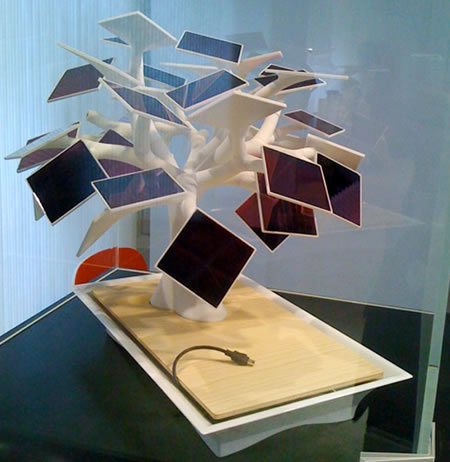 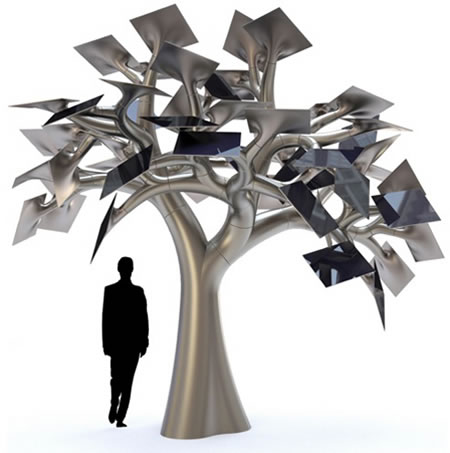