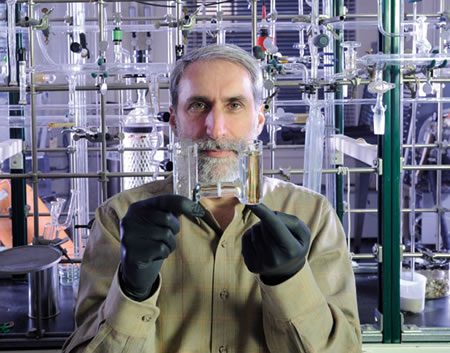 A catalyst is all it takes to boost oxygen production in fuel cells and will help us customize renewable energy power plants in future. Daniel Nocera, a scientist along with a bunch of his colleagues, hopes that each home will be a power station in itself, hence decreasing and completely abolishing the dependency on power stations in future. He hopes that these personalized systems will help power up homes, help with energy for heating, cooking, lighting and charging an electric car when hooked up to roof-based solar panels. Excess energy generated from the solar panels will then be diverted to electrolysers which in turn will break down water into oxygen and hydrogen, sending it to fuel cells to produce enough renewable energy for use at night. That’s where the catalyst comes to play, giving impetus to process of conversion of water to energy.

The catalyst now developed helps increase oxygen production by up to 200 times more, unlike the ones being used today to generate energy from fuel cells. And if Nocera’s dream does come true, the world will soon be a beautiful and greener place to live in.
[Energymatters]