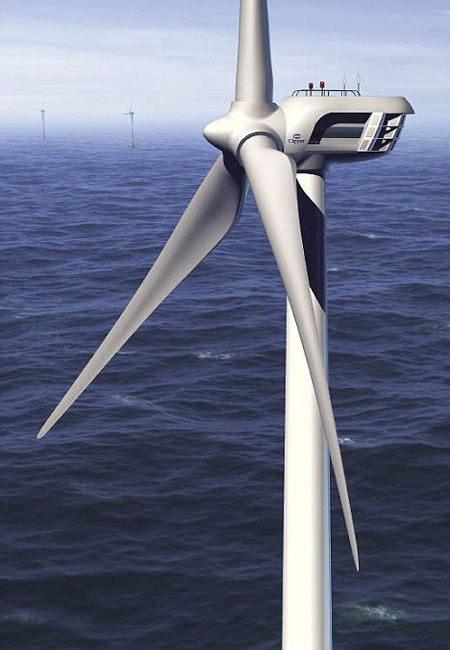 Intimidating though this may sound, future wind turbines could have blades larger than the London Eye itself. And this isn’t a way to scare the neighborhood. An increased blade size on wind turbines increases efficiency, resulting in a maximized power output. A colossal wind turbine like this could soon find its roots off the shore of Britain, standing around 500ft tall with a diameter of 475ft in the next two years. Christened as the Britannia, this project will generate around 10 megawatt and could be one of the many wind turbines of its type.

According to project leader Bill Grainger, larger wind turbines offshore are an economic benefit, taken that they generate a larger amount of energy. Now to stop these large blades going floppy, a carbon addition is required, meaning that going 100% carbon free isn’t that easy. The turbine, Britannia will show up at Blyth, Northumberland, with blades weighing 30 tons each. The turbine is powerful enough to lighten up around 10,000 homes. A few more of these big blade giants would sure be welcomed.
[dailymail]