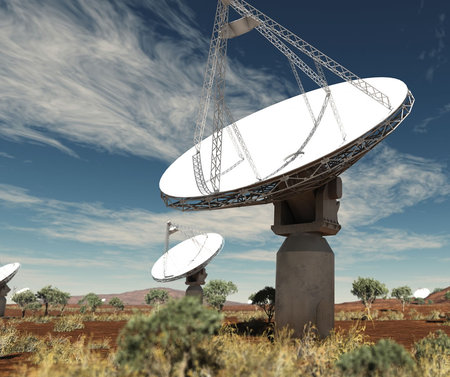 Now the Australians want a radio telescope, and not just any radio telescope, they’ve been hoping for the world’s most powerful radio telescope with a discovery potential ten thousand times more than the existing ones. So, the Rudd Government came up with a smart, green and somewhat expensive way to power up this giant telescope. The government plans to invest $47.3 million in solar energy and geothermal heat energy projects that will power it up. This, according to the government folks, will help cut power costs by a sweet $5 million annually.

These will also help Australia do away with 12,000 tons of carbon emissions every year. That’s as good as kicking out 6,000 cars from the road. A joint venture by Australia and New Zealand, the $2.5 billion SKA radio telescope will help Western Australia both economically and scientifically. So long as its powered by green energy, it’s a great move to the development of sciences for a better future.
[Energymatters]