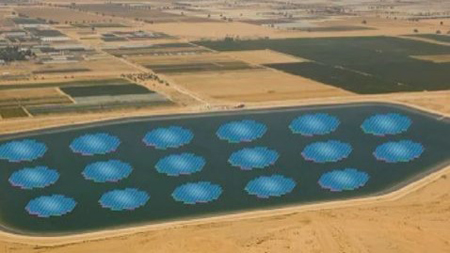 Solar energy collecting fields aren’t new. Arrays of solar panels are systematically set up that soak in the sun through the day. Well, space crunches can at times make setting up solar energy collection areas a downright pain. Israeli based firm Solaris Synergy and French EDF Group had the sparkling bright idea of setting up floating solar arrays instead. Now the water surface of ponds and lakes stays calm at most times and is usually free except for the lone fisherman lazing in his little boat. So, the firms are busy developing panels that cost cheaper, float on water, and have no issues with over-heating given that they float on water with capabilities of generating up to 200kW of electricity.

Known as the Aquasun, this system will help decrease the woes of space crunches while setting up solar energy collection areas, using the water surface instead. An innovative solution indeed, this one will sure help boost renewable energy production sooner or later.
[gizmag]