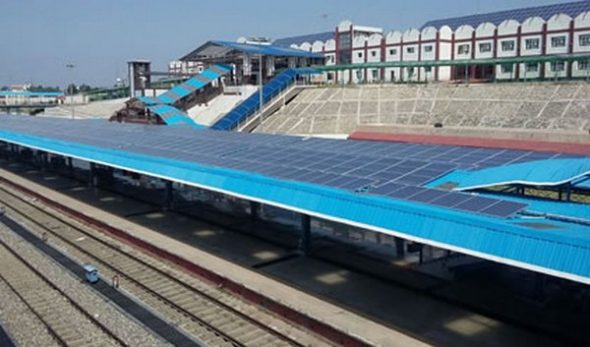 Jaitley said that in 300 railway stations, setting up of rooftop solar power systems has begun already, and the number would shortly grow almost seven-fold to 2,000 stations. The implementation of these systems is expected to happen via developer mode, i.e., the project developer will undertake a long-term power purchase agreement with Indian Railways.

Apart from these rooftop solar power systems, it is anticipated that Indian Railways will establish large-scale projects too. In 2016, plans to launch a tender for 150 MW of rooftop systems were announced. In the latter part of 2016, the Indian Railways also announced a partnership with the UN Development Programme with the objective of setting up five gigawatts of solar power capacity.

As of today, the Indian Railways has identified the solar power resource in Gujarat and Rajasthan.