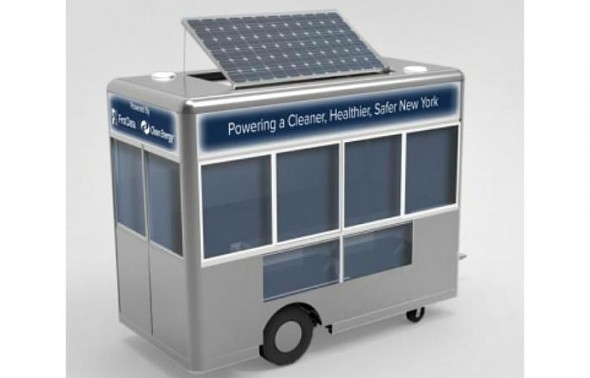 MOVE Systems is a start-up in NYC that has joined hands with the NYC City Council to change the way we look at food carts. Being among the busiest cities in the world means a lot of people who do not have the time to nestle down in a restaurant for a snack. Food carts are among the most popular eateries across the Big Apple. MOVE is committed to provide 500 new energy-efficient food carts to street food vendors around the city. Called the MRV100, the hybrid cart is equipped with solar power, offers rechargeable batteries, plug-in hybrid technology and alternative fuel hookups. This will help do away with the propane tanks that are currently used, which are neither safe nor environment-friendly. The carts proposed by MOVE are said to reduce climate change-causing gases by 60% and smog-causing NOx pollution by 95%. A little number crunching and we can deduce that this is equivalent to cancelling the pollution from 200 propane-fuelled carts! 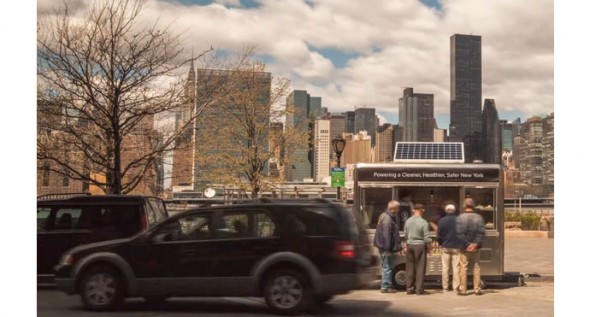 This may be a fresh start but it will definitely target replacing all the massive 8,000 food carts that populate the streets of NYC. James Meeks, the President and CEO of MOVE Systems said, “I’m thrilled that we can support the food cart entrepreneurs – many of whom are our veterans – while making tangible environmental and safety improvements throughout our communities. MOVE is pleased to join the City Council and New York street vendors to introduce a new fleet of food carts that deliver more varied cuisine in a cleaner and safer environment.”
Source: