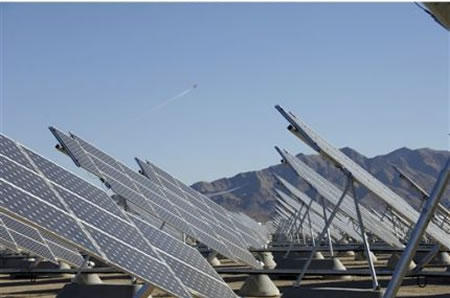 The Austin City Council will be creating one of the world’s largest solar facility in Austin at a cost of $250 million. Touted to be the biggest solar facility in the U.S when operational in 2010, it will be located in Webberville. It will be constructed and operated by Gemini Solar Development Company – a joint venture between MMA Renewable and Suntech Power Holdings. It is expected to power 5,000 home per year. Over 25 yrs Austin Energy will purchase all of the electric energy produced from the 177,000 photovoltaic solar panels paying about $10 million per year for the power.

The mayor of Austin Will Wynn says that they want to ‘stay ahead of the curve as the nation finally takes on the challenge of global warming and makes the transition to a new energy economy’. This is a good thing but we will know how good once it comes into practice.
[examiner]